Overwatch Cross Progression – What is it?

You may be wondering what is Overwatch cross-progression. Today we’ll be exploring this very topic. Strap on your seat belts because it’s launch time!

Cross-play is a feature that allows you to play with your friends across various platforms, while cross-progression is a feature that gives you the ability to play a game on a console, then go to a PC without losing any data. 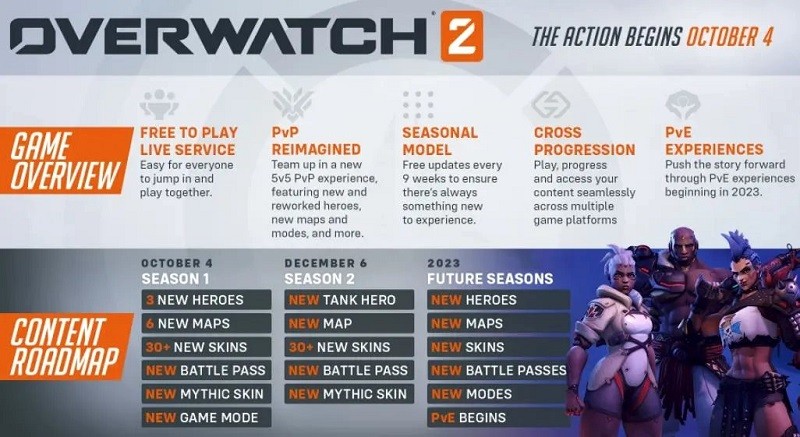 This photo represents the official Overwatch 2 road map. Looking at it we see the cross-progression feature.

Does Overwatch offer this feature?

Unfortunately, it does not offer cross-progression, meaning you’ll need to start from scratch if you buy the title on another platform.

Although, Blizzard confirmed they will add cross-progression on launch for Overwatch 2. That means that players on PlayStation 4, PlayStation 5, Xbox One, Xbox Series X/S, Nintendo Switch, and PC will keep their progress if they switch between platforms.

It seems to be pretty useful, as you can log in on PS4 for a game, then continue playing on PC, keeping all your progress. This feature seems useless for some people, but sometimes, it’s Cross progression’s time to shine.

With all these said, thank you guys for reading this article, and arriving here, after a long walk through the interwinding webs of the internet. I hope I managed to answer all of your questions. Now, as always, stay creative, drink plenty of water, and take care of yourselves. We wish you one amazing Evening, Night,  Morning, or Afternoon.