Aimer7 Valorant – Who and What He is?

When we say Aimer7 Valorant, some people scratch their heads, while others are very familiar with him. Although some of you might have never heard of him, he helped many players improve. In the following moments, we’ll go over some facts we know about Aimer7 and more. Stay tuned!

Who is Aimer7 Valorant?

Aimer7 is Just an ex-top player/aimer that got into aim coaching because of his “old” age. Also founder of vF (with Serious and Zeeq), a team of cuisine connoisseurs that sometimes aim at video games.

some taken from his twitch profile 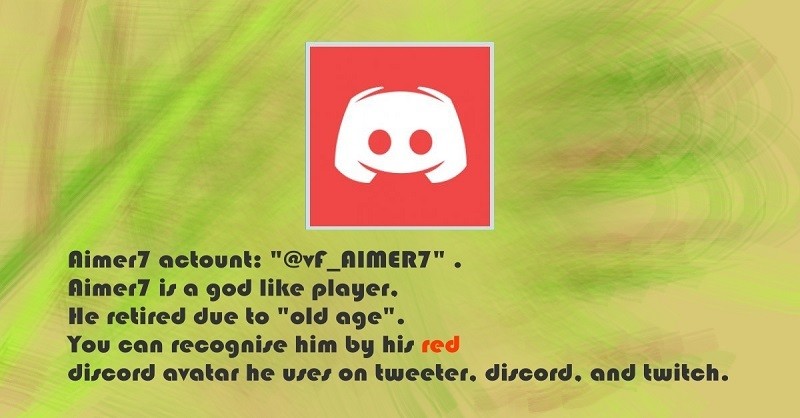 What does he do?

Mainly, it seems he focuses on training players, even if they are noobs or pros.

Also, he tweets a lot having over 8000 tweets during his 3 years of tweeting (Joining tweeter in June 2019). Although he has quite some good thoughts on gaming, he also has some more controversial opinions.

But, with all these said, I thank you guys for taking that taxi straight to our cave filled with knowledge, and don’t forget, drink plenty of water and take care of yourselves. Also, stretch a bit after too much gaming. I wish you guys one wonderful Evening, Night, Morning, or afternoon. Catch you later!