Where is Neon From Valorant?

Valorant is a 5v5 shooter game made by Riot Games. You might know Riot from the Leauge of Legends. But this game has nothing to do with it playing or lore wise. Valorant is a Esports title too but that is the only similar thing to LoL. It is one the most played today and there is reasons for this. Valorant brought a new aspect to round based games. This is the agents concept. All agents are different from each other and this brings a whole another dimension of strategy to the game. Neon is one of the agents so here is Where is Neon From Valorant?

Valorant currentky have 19 agents. Which are: Astra, Breach, Brimstone, Chamber, Cypher, Jett, Kay/O, Killjoy, Neon, Omen, Phoenix, Raze, Reyna, Sage, Skye, Sova, Viper, Fade and Yoru. Like we said in the top they are all different. Each character has 4 skills and one of them is a ultimate each can be used once in a tour so players should be careful. This different characters concept makes the game much more interesting because every agent needs to be get mastered on. In my opinion this aspect makes Valorant better from Cs Go. 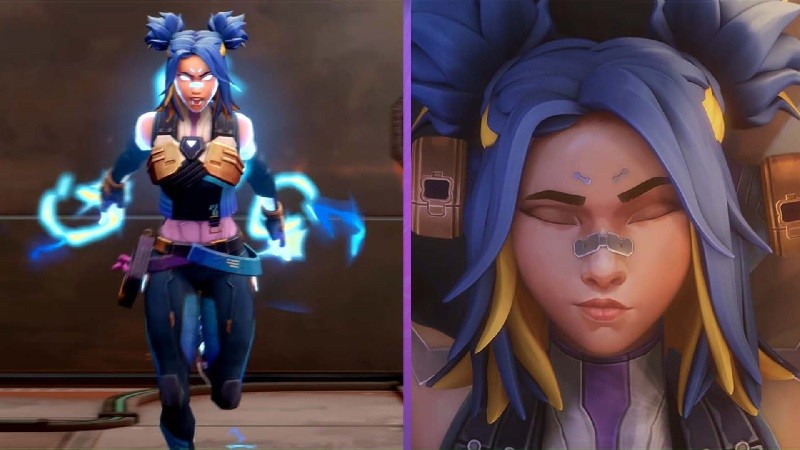 Riot says this about her: Agent Neon surges forward at shocking speeds, discharging bursts of bioelectric radiance as fast as her body generates it. She races ahead to catch enemies off guard, then strikes them down quicker than lightning. Neon is a relatively new agent she was added in game version V4.0 in January eleventh of 2022. She is voice actored by Vanille Velasquez. Neon as a agent is fast and agile. Goes in between of enemies and quickly dashes out back so you will enjoy playing as her.

Where is Neon From Valorant?

She is from Philliphines so she is a Filipino. We as Biggamebears wish you happy games.